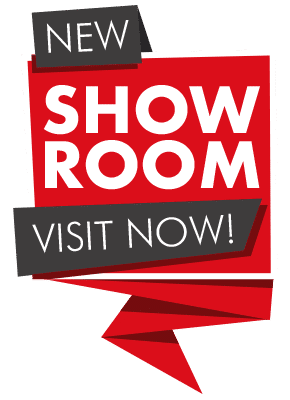 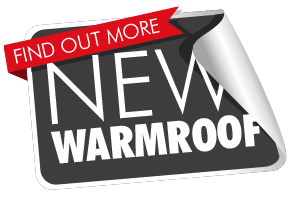 An eye-catching, practical new addition to your home. The Polar Door is a unique, attractive and distinctive range of top quality doors designed for the front or back of your home. There are literally dozens of Polar Door design options to choose from including fully glazed, half glazed and panelled. You can choose from 14 different colours options and woodgrain finishes to suit every home – and our range keeps growing. All Polar door profiles are specially designed in an ovolo profile creating very attractive sightlines to enhance any home. 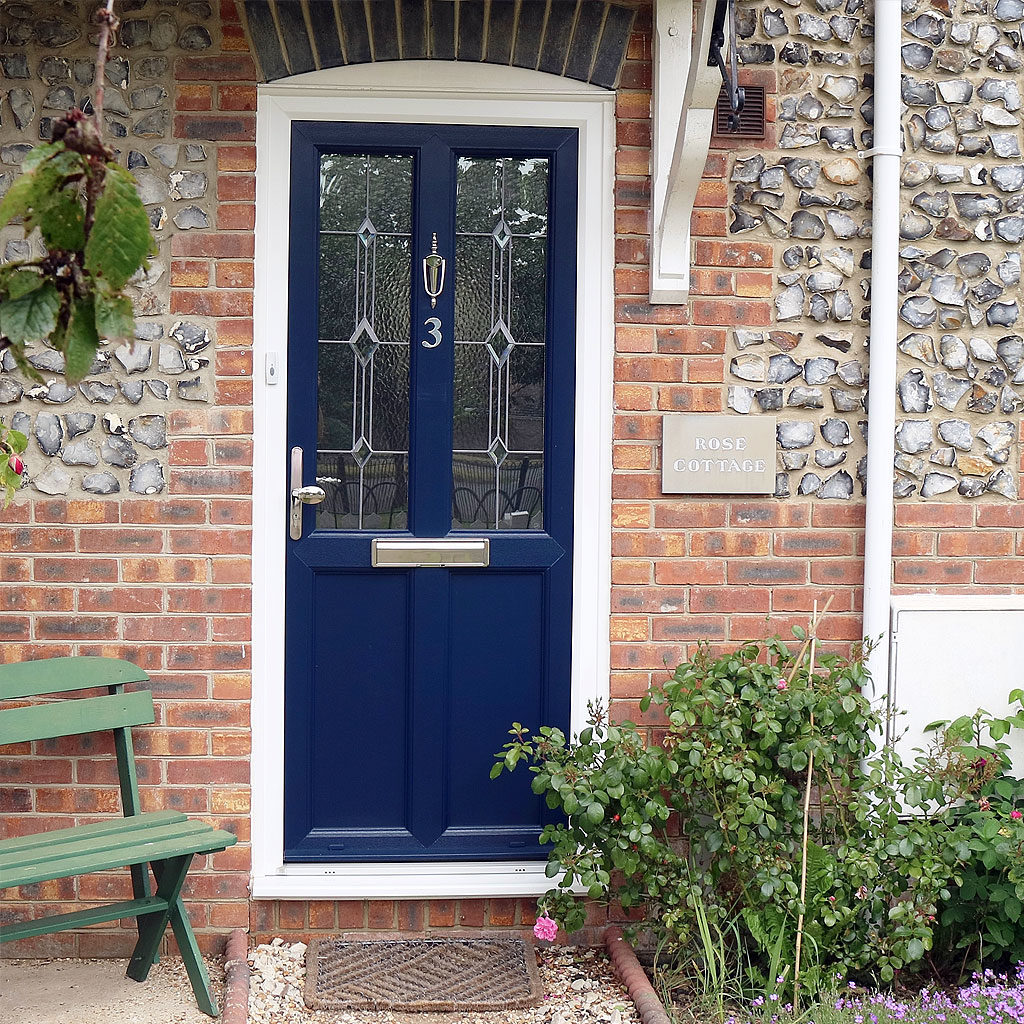 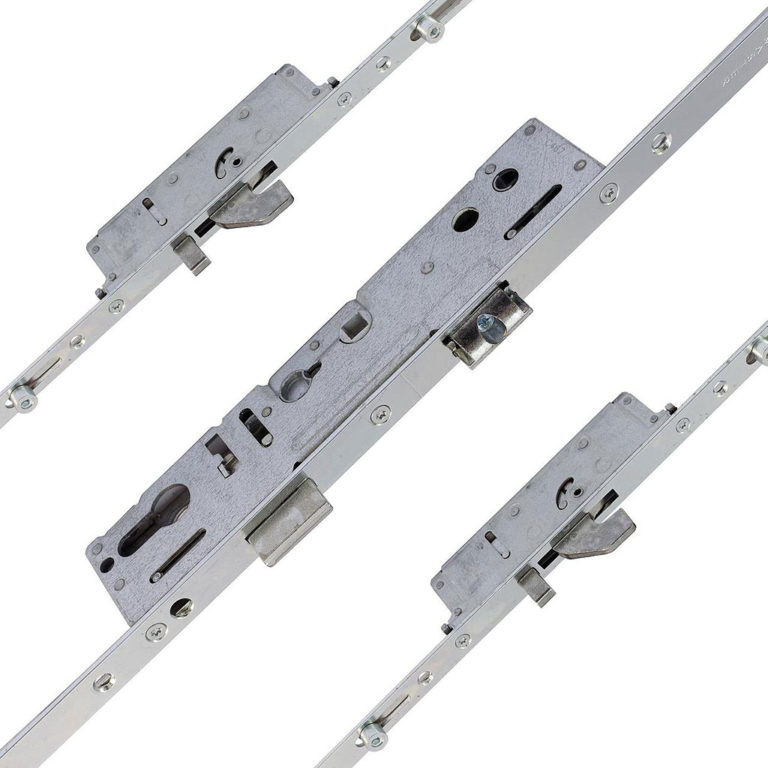 This Lockmaster is a one piece door lock with a one piece latching keep, designed to keep all the lock and latches lined up and working as one. The central gearbox features a return sprung handle port, door latch and dead bolt. Two further gearboxes are attached to this lock, one positioned at the top and the other at the bottom. Each gear box has a hook bolt, anti-lift bolt and two roller compression points. Making the Yale Lockmaster one of the most secure locks on the market.

The Yale High security euro cylinder has Snap Defence, Anti-Bump, Anti-Pick, Anti-Drill and Anti-Extraction features. Protects against all known methods of attack. Guaranteed TS007 1 Star security from a name you can trust. Tested to British Kite-mark TS007:2012 1* security and has been tested to the British Standards BS EN1303:2005.

Want more security?
Upgrade to Platinum 3 Star Euro cylinder lock which has been approved to TS007:2014 British Standard rating, the highest level of certification currently available in the industry, making them the number one for security. 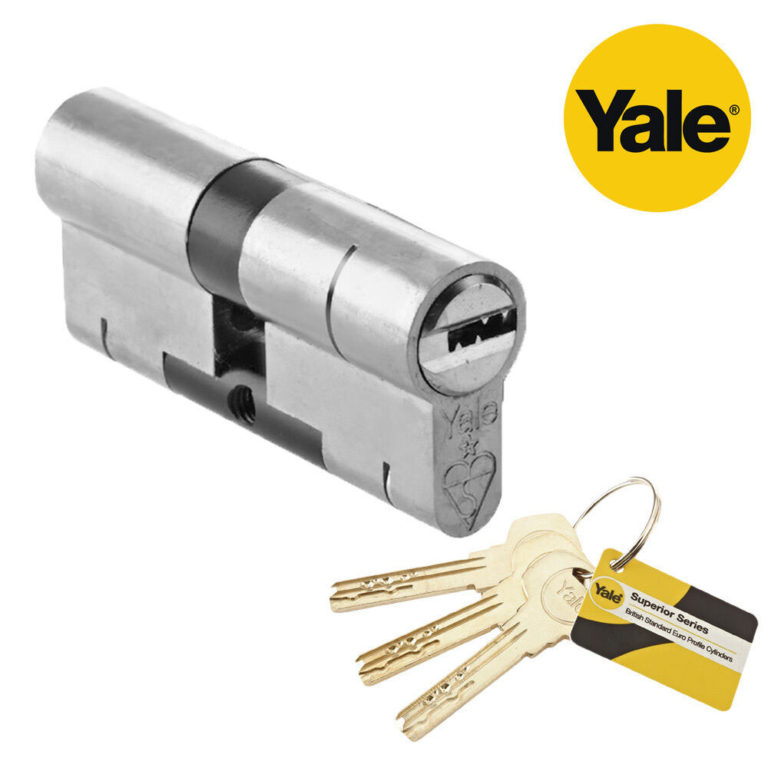 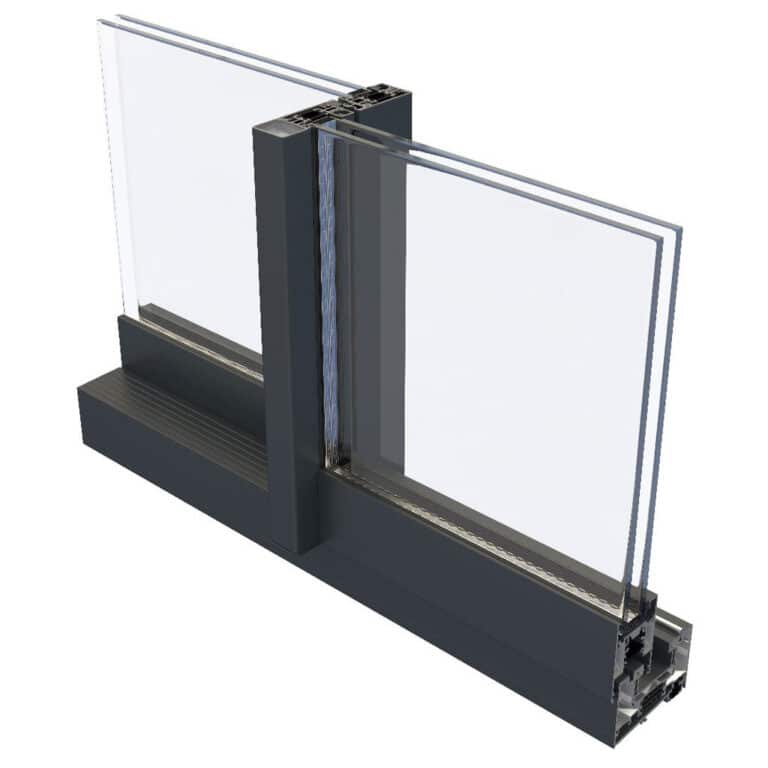 Enjoy lasting quality with aluminium windows. Highly durable, they will not rot, warp or discolour over time. Designed to meet the demands of today’s modern home, these windows are incredibly low maintenance. Aluminium is strong product that will withstand the worst of the British weather and keep your home safe and comfortable throughout the year. 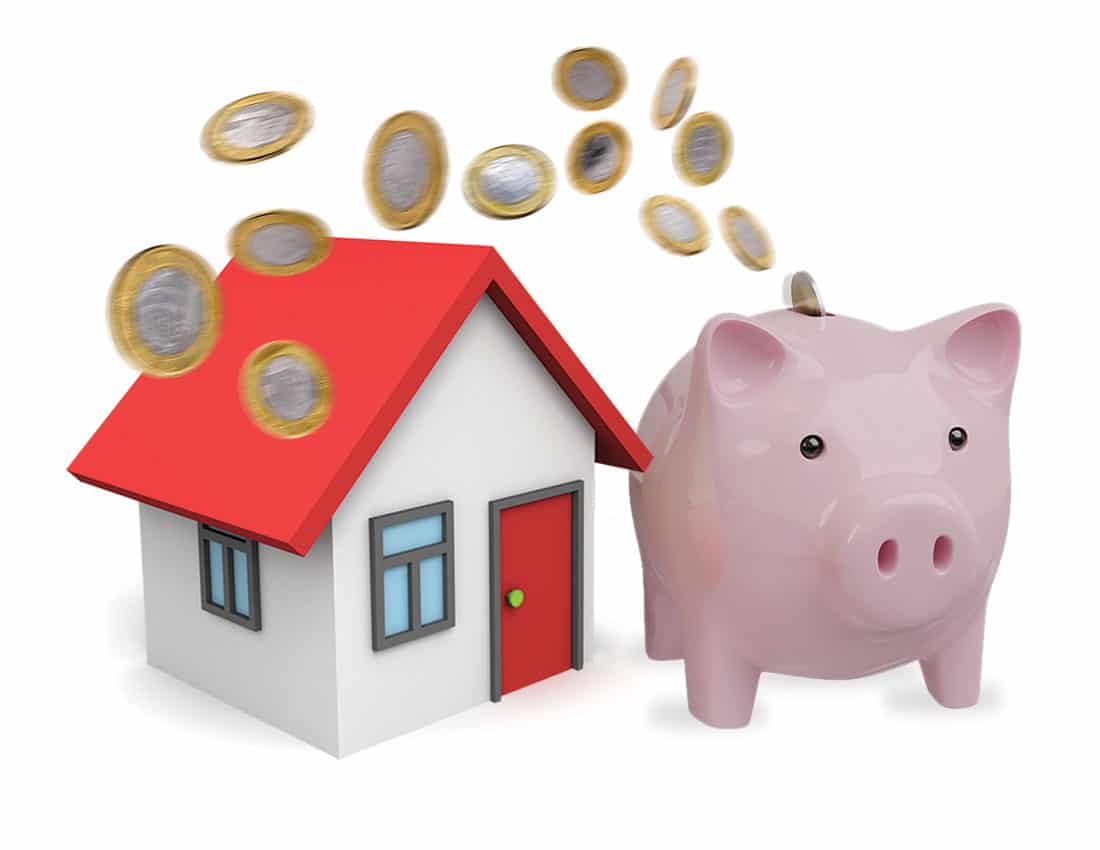 We manufacture windows that meet the highest energy efficiency ratings for your home. With built-in thermal efficiency, our window frames feature an advanced multi-chambered section which helps to prevent heat loss and enhances thermal efficiency. The sealed units are fitted with thermal spacer bars, the latest high specification glass and argon gas sealed into the glazing cavity. This will reduce your energy costs and, crucially, create a comfort able living environment for you and your family. 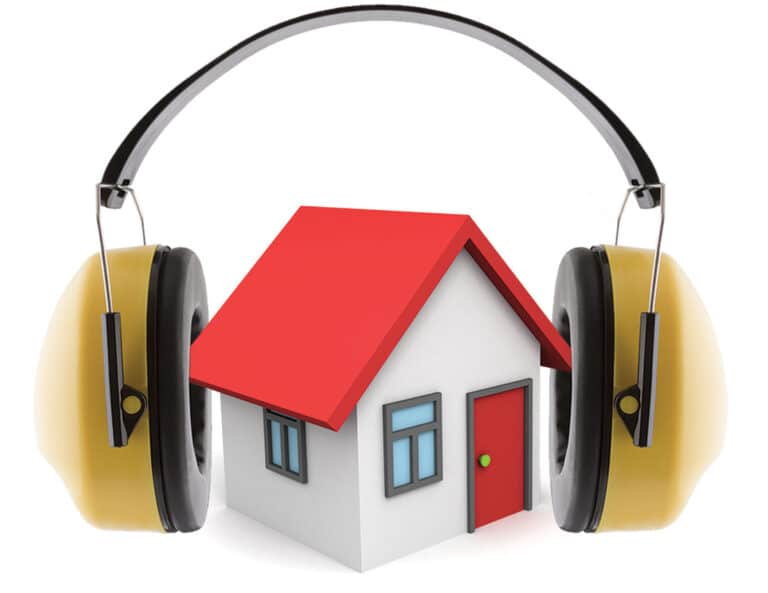 Our windows are fitted with two high quality 4mm glass sheets and noise suppressing
argon gas. Along with our double seals extruded to our superior soundproof frames this
produces outstanding noise reduction as standard throughout our range of products. 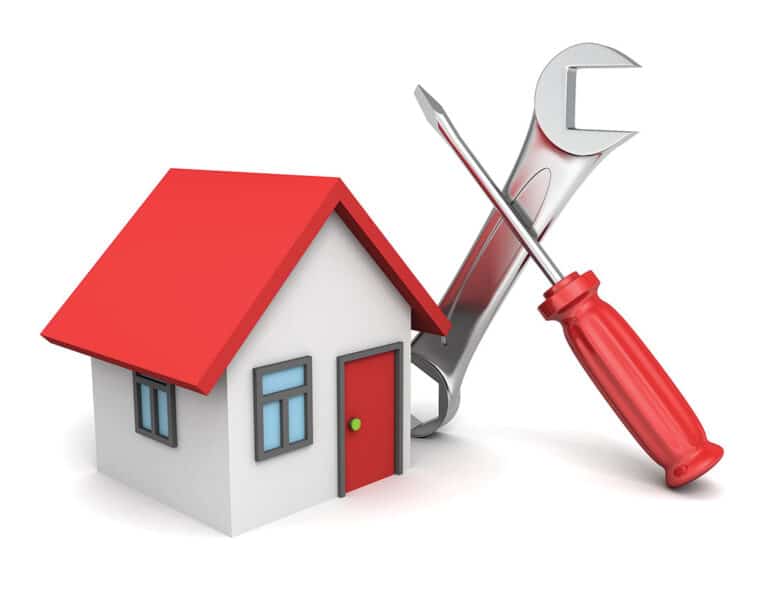 One of the principal benefits of PVC-U windows over any other material is that they require very low maintenance. Other than the occasional wipe down with a damp cloth and a lubricating spray on the moving parts, there is no painting, no preservative treatments and no hassle! 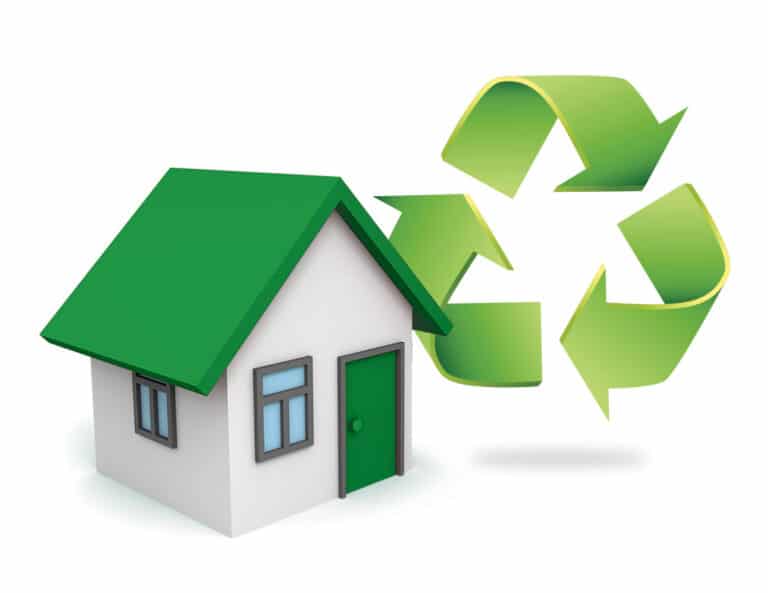 Polar Glaze is an environmentally responsible manufacturer. Recycling your old window and door frames along with the off cuts from our production plant, which would otherwise go to landfill. Helping to reduce CO2 emissions. Blue
Blue outside,
interior white only Burgundy
Burgundy outside,
interior white only Cream
Cream outside
and in Green
Green outside,
interior white only Golden Oak
Golden Oak outside
and in, optional
interior white Anthracite Grey
Anthracite outside
and in, optional
interior white Irish Oak
Irish Oak outside
and in, optional
interior white Rosewood
Rosewood outside
and in, optional
interior white

White
White outside
and in Slate Grey
Slate Grey outside
and in, optional
interior white White Ash
White Ash outside
and in

Lever/lever handles required a key to lock the door from the outside or inside, you will never be able to lock yourself out.

Lever/pad handles you require a key to gain entry, Like the traditional Yale pull latch.

These Modern metal sprung letter plates are the latest in design, fitted in a metal die cast surround you can be confident in the knowledge that the letter plate will not be pull off. Having flaps on both inside and outside of the door makes perfect aesthetics, each flap has its own draft seal. The two halves fit snugly together with an internal thermal sleeve so the cold will not transfer to the inside.

Internally glazed with low sightlines
Increasing security so the glass cannot be removed from the outside. Window rubbers are not visible giving cleaner modern lines.

A-rated 28mm glazed units
Windows and doors can add up to 25% of the heat loss  escaping from your property. Reducing your energy bills.

Prices from £850
These prices are a guide starting price and will vary depending on size, design, profile colour and glass details.

10 year Insurance guarantee
The QNAW warrantee our guarantee to our customers in the event if we cease to trade.

Lifetime guarantee against break ins
Covers home insurance excess Up to £1000, £1000 towards repairs or replacement, £1000 compensation Up to £250 on call-out fees.

10 year guarantee on glazed units
In the event they break down and have condensation between the panes of glass.

View Full Gallery
Back to top 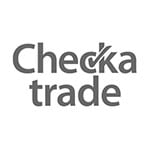 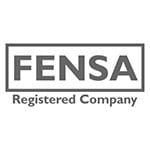 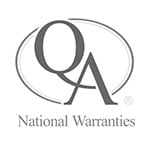 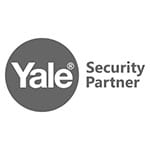 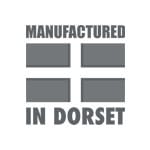 Leave us your name and number and we'll call you back as soon as possible, thank you.